A Brief Overview of Plantar Fasciitis

Although plantar fascial pathology is more common in people over the age of 40, one group who generally experience difficulties at a younger age is runners. Longer distance running, rather than sprints or middle distance up to 1500metres, is a sport particularly prone to creating plantar fascial injuries. Many sports involve running of course, and the amount of force we put through our bodies is dictated by the old physics equation of Mass X Acceleration = Force. So as our body weight is contact it is our acceleration, how fast we move, that dictates the force that goes through our bodies. The faster we run the more force we put through our bodies.

Explaining How Running Can Effect Your Feet

When we walk we either have one or two feet on the ground at any time, these periods are known as single or double support phase. When we run, we either have no feet on the ground, known as float phase, or one foot on the ground. Because only one foot is on the ground we move our foot directly under us to support our body weight. This cutting across of the leg means the foot tends to hit more on the outside edge of the foot which makes the foot have to roll further to land on the inside of the foot. This movement can be very rapid and is decelerated by important arch supporting muscles. Sadly wearing shoes, which are obviously wider than our feet, makes this outside foot contact position even further out. The shoe then effectively increases the velocity of this inward roll, so our arch supporting muscles must work even harder.

Of course many runners land on their forefoot or midfoot. This tends to lessen the rolling in movement, but you do need strong calf muscles to achieve this running style without injury. Actually, when running barefoot everyone tends to run on the forefoot so it probably is the natural way to run. It certainly reduces impact forces on the body. However tension is still put on the muscles under the foot and if they fail to support us the plantar fascia can still be overloaded.

When you go out for a long distance run you are making similar movements over and over again.  Generally a few body structures will receive a lot of the strain depending on your running style and shape of your feet and legs. Biological materials are prone to fatigue. That means, just like bending a paper clip over and over again, they get weaker over time. Muscles, tendons, and fascia all get easier to stretch and recoil less easily the further you run and the more fatigued the tissues get. Because running involves few movements compared to other sports and the movements are repeated every stride distance running is far more likely to cause fatigue injuries than other sports. Common fatigue injuries are stress fractures, shin splints, runners knee and plantarfasciitis.

You can reduce the risk of plantar fasciitis and other fatigue injuries by following some simple rules.

If you find a shoe you really like buy a second pair about 3 to 4 months after and then alternate between the two pairs. When the older shoes do not feel as comfortable and cushioned as the second pair replace the first pair and so on. This avoids much of the problem with running in a new shoe compared to an old one, and running in a shoe that doesn’t protect you anymore.

One of the best immediate treatments if you have to make that run is to tape up your heel. This heel taping technique is an excellent one you can apply for each run. However, for an event like the London Marathon, you might want to get your foot taped professionally by someone like a musculoskeletal podiatrist. If possible reduce your running by 50% and make sure you have at least a one day break between runs. Tape your foot for every run, and consider using a simple insole such as Pressure Perfect

If your pain is not reducing or improving after 3 weeks, seek professional advice from a professional such as a musculoskeletal podiatrist. Sometimes people need more aggressive orthoses, individually tailored exercises, manipulations and mobilisations to resolve the problem. You may also have to stop running for a while. There is no evidence that supports expensive custom made orthoses over preformed devices however; in fact the research suggests that simple insoles (orthoses) work just as well.  Make sure you carefully investigate claims made by clinics on the virtues of expensive insoles/orthotics – the internet is a wonderful resource for this.

Runners can also experience an acute injury in their heel and proximal arch of the foot. Such sudden pains usually occur on a slight over strain of the foot, such as a heavy footfall, or catching the foot slightly on the edge of a hole. The pain is usually sharp and severe and you’ll stop running straight away. A slight variation on this is a milder pain for a few days, followed by a sudden severe pain, which might come on just when walking. These acute injuries  can be quite troublesome. Rest for at least two weeks from running, but you will probably need some professional advice, and certainly taping and foot orthoses/insoles to reduce the strain on your fascia for a while. 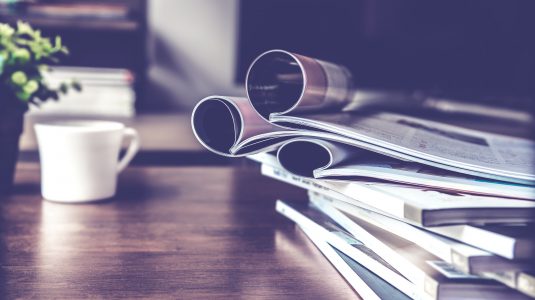 Read the Full Article
Keeping Fit In Isolation And Quarantine 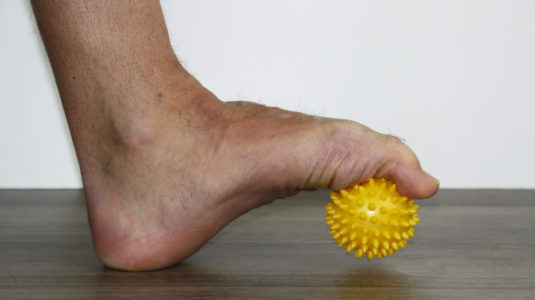 Read the Full Article
Intrinsic Muscle Strength: Is it important? 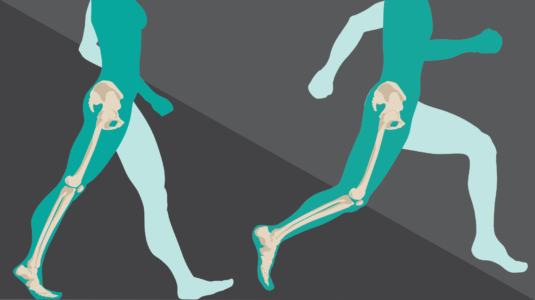 Read the Full Article
The Gait Cycle in Running

Did you find the article interesting?