Vitamin D: A Key to Immunity and Muscle and Bone Health

Over the past two decades, vitamin D level measurements have become one of the most frequently ordered medical tests. This is due to a growing realisation in medicine that vitamin D is commonly deficient in the population, and the scientific data links this problem to various diseases (Gallor et al, 2018).

Why is vitamin D so important?

Vitamins are organic nutrients that do not serve to provide energy or building materials for the body. Instead, they serve roles that facilitate important activities of life in the body. Vitamins cannot be manufactured in the body so are ingested in food, or formed in the skin such as vitamin D, while Vitamin K is produced by bacteria in the colon. Some vitamins are constructed within the body from pro-vitamins, like vitamin A derived from carotene found in some vegetables. Fat-soluble vitamins (A, D, E, K) can only be ingested with some fat in the diet, while water-soluble vitamins are freely absorbed. Some of the effects and deficiencies of vitamins are listed in the table below. Each vitamin is essential for a healthy life and a deficiency is problematic.

Vitamin D2 is derived from plants and invertebrates, typically consumed in the human diet, while D3 (cholecalciferaol) is of vertebrate animal origin and derived in the diet from oily fish, but most is synthesised in skin through ultra violet light (UV) exposure (Vanga et al, 2010). Vitamin D3 made in the skin is activated in the liver and then the kidney to become a calcium binding protein that allows calcium absorption from the intestines (Lips, 2006).

Yet there is so much more to vitamin D as it can change the activity in the expression of human genes (Ramagopalan et al, 2009), providing many beneficial effects to both physical and mental health as well as for immunity (Anglin et al, 2013; Föcker et al, 2017; Umar et al, 2018).

Many people now make lifestyle choices that can result in low vitamin D levels that can seriously affect health. Spending too much time indoors is the primary problem, but the modern trend to protect the skin, particularly of children from UV light, may also exacerbate the problem by reducing skin exposure to sunlight (Zhu et al, 2013; Leary et al, 2017).

UV light can damage skin cells by damaging skin cell genes, causing skin blemishes/premature ageing and in the worse cases, can cause skin cancer, so caution must be taken on initially exposing skin to the sun. If exposure is slow and gradually builds up with the increasing levels of sunshine, the skin can adapt to protecting you. Sudden exposure to the sun at home, or flying to places with high levels of UV light can be dangerous.  In these circumstances skin protection is important. You should never let your skin get sunburnt or use UV tanning machines.

Yet through the sunlight there are important benefits from safe exposure. Creams that protect the skin from UV light and always keeping the skin covered up in the sun can be just as dangerous to health as getting too much UV light.

In tropical, sub-tropical, and warm temperate climates sun exposure of only 10 minutes a day to the face, hands and forearms is plenty to produce enough vitamin D3, although if it is cloudy or you are out early or late in the day, it will require longer depending on the cloud thickness and time of day. So if you are living in these climates getting plenty of sunshine, you’ll be getting safe levels of vitamin D.

In more extreme latitudes during winter the sun is too low for the skin to produce much or any vitamin D3, and in summer the sun is only effective from around 10 am onwards. In cloudy regions the problem is compounded, as throughout the year sun exposure can be unpredictable at best (Engelsen et al, 2007). Vitamin D levels have been found to be lower in more northern latitudes among children, even in the same country (McKenna, 1992; Specker, et al, 1992), although these latitude effects on lowering vitamin D production may be more profound on lighter-skinned populations, and women more than men (Hagenau et al, 2009; MacDonald et al, 2011).

People with darker skin have relatively recently migrated in larger numbers to northern latitudes and may not be aware of the potential dangers to themselves or their offspring from lack of skin exposure. If you are darker-skinned, you’ll need to be out in the sun longer than lighter-skinned to compensate. The darker the skin the more sun you’ll need, the lighter, the less you’ll need.

Vitamin D generation in humans is a significant environmental problem, that has driven the evolution of depigmentation of the skin in humans, darkest where UV light is a high risk of causing chromosomal skin damage, and palest where vitamin D synthesis is difficult (Jablonski and Chaplin, 2000, 2013). This is a combination of genetic and epigenetic changes, shown clearly by more sun exposure causing the skin to increase in pigmentation even in the palest individuals (except albinos, whose pigments are genetically switched off).

Spending the majority of life indoors has become normal for many people reducing potential time for sun exposure, especially during the hours where the sun can produce its effects.  Children are spending increasing ‘playtime’ indoors. Pregnant mothers who have a need for higher vitamin D levels, to supply in their milk, and for the baby to growth, are at particular risk of consequences in deficiency, both to themselves and their baby. Not breastfeeding will further worsen the situation. Certain cultural dress where the body is totally covered up also increases the risk (el-Sonbaty & Abdul-Ghaffar, 1996), and thus the need to take action.

The Results of Low Vitamin D

It has been also been linked to inflammatory bowel diseases (Cantorna, 2006; Linneman et al, 2019) such as colitis and Crohn’s disease, triggered in a positive feedback loop from deficiency of vitamin D and calcium (Linneman et al, 2019), which in turn can lead to weak bones and the malabsorption of other nutrients necessary for muscles and bones health. There are also indications of vitamin D links to other autoimmune diseases and cancer (Lips, 2006; Umar et al, 2018).

Multiple links to health are becoming apparent as the research continues particularly in relation to autoimmune diseases such as rheumatoid arthritis, and in keeping a strong immunity (Umar et al, 2018). It is possible that low vitamin D levels suppression of immunity may have played a significant part in the morbidity rate of COVID 19 in the spring of 2020 as the outbreak in the Northern hemisphere hit when population vitamin D levels were at the annual low point (Bergman, 2020; Grant et al, 2020; Hincliffe et al, 2020; Mitchell, 2020). This link may explain the increased mortality that occurred in darker skin individuals, obesity, diabetics and hypertensive patients, which all have links to vitamin D deficiency (Hinchliffe et al, 2020), and thus influence respiratory disease (Bergman, 2020; Grant et al, 2020).

Adults with recurrent stress fractures or deep bone aches should be examined for vitamin D levels especially if their symptoms are not associated with increased or high levels of activity. Testing vitamin levels involves a simple blood test and management with supplements and lifestyle changes are successful if followed (Holick, 2017).

Only small amounts of vitamin D are obtained from eating animal products, such as oily fish, although some foods are now fortified with vitamin D during manufacture. Most of human vitamin D comes from exposure to sunlight. In some parts of the planet this can be a challenge, especially in winter, complicated by modern indoor work and leisure activities. Half an hour of daily sunshine in the middle of the day in light-skinned people will produce around 50 000 IU (International Units) of vitamin D3 (Yu et al, 2009), but what if you are unable you get that sunshine?

Vitamin D supplements hold a simple and cheap solution to maintaining the body’s vitamin D levels. Intake of vitamin D supplements seems to be associated with decreases in total mortality rates (Autier and Gandini, 2007). Supplementation should only be necessary if you cannot get out into the sun for a few days. One problem is that there is disagreement as to what the correct daily requirements for vitamin D should be to gain the most benefit. The answer will be different for different people because of climate, diet and sun exposure. However, there is agreement that the over 70’s and pregnant women require more than children and younger adults.

If you suspect you have low vitamin D, or you have not seen the sun for weeks and you haven’t been taking vitamin D supplements, then taking 5000 IU daily for a week should help to bring your levels up. A dose of 5000 IU (125 µg) every two days should be more than enough after that if you are unable to get sun exposure during the day. Supplementation, particularly during the 3 darkest winter months where you live, would appear to be wise. For those living north of Birmingham in the UK, be aware that even the winter sun of late November to early February cannot assist in vitamin D production. People who live in cloudy countries such as Scotland, Ireland, Wales, Western England, and Norway may benefit from the use of 5000 IU every two days even outside of winter if the weather has been particularly uncooperative for vitamin D natural production for several days.

Overdose with vitamin D is very rare but can occur if very high doses are taken. Most common symptoms of overdose with vitamin D is due to excessive calcium in the blood and include, vomiting, dehydration, pain, constipation, pancreatitis, acute kidney injury, loss of appetite and weight loss (Kaur et al, 2015; Gallor et al, 2018). Cases are primarily linked to the technique of ‘mega dosing’ with vitamin D with over 2, 000, 000 IU. These sorts of doses are irrational and do not serve any known scientific benefits.

Medical prescription-grade vitamin D can contain doses of around 600,000 IU and sadly they can be bought online without making it clear that these doses should be used under medical guidance only. Cases are reported where online high dose vitamin D has been purchased and taken without realising the consequences of taking unregulated and imported vitamin D (Barrueto et al, 2005). Please only use vitamin D from a safe supplier who can be contacted for advice if you experience problems.

Do not exceed 5000 IU daily, but ideally every 5000 IU every 2 days should easily be enough unless you have received some medical advice first.

Remember if you are going out in the sun, you do not need to take supplements, but should you take a tablet on a sunny day there is no known risk to you from these recommended doses. 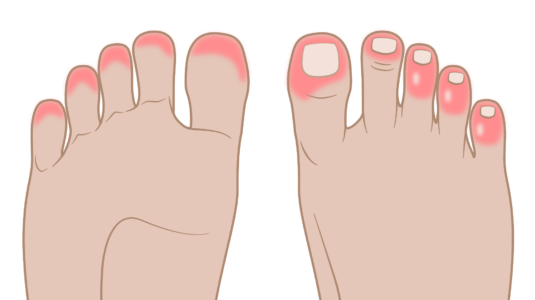 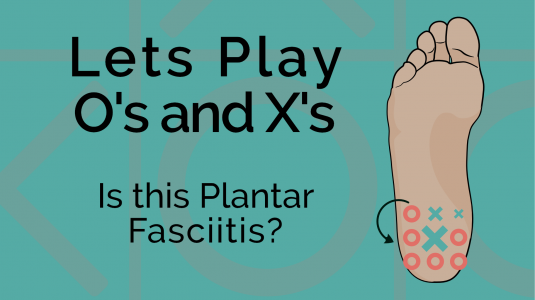